Day 5 was our last day in the Canyon, on Friday, May 21, 2021.  The night before had been very windy, with regular gusts that woke each of us up.  Despite our shortest hike of the week, we packed up and headed onto the trail early that day, before the sunlight hit any part of the canyon walls. 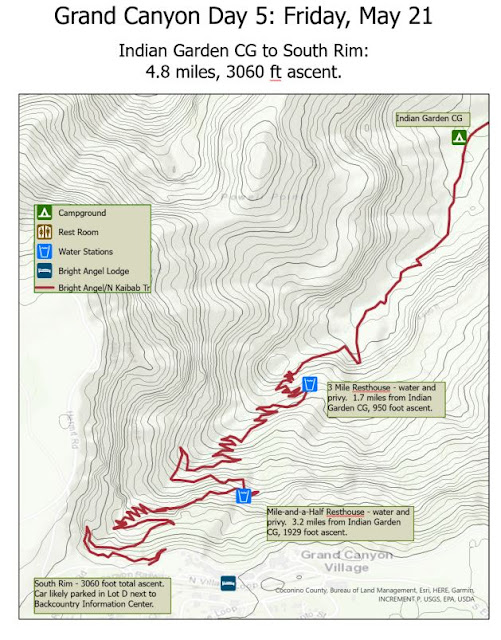 I had hiked this section twice before - in 2008 with a friend after a couple of nights in Bright Angel Campground along the Colorado River, and in 2010 with my then-10 year old son on a single overnight to Indian Garden Campground.  Now 21, he was excited to return to this trail section and explore his memories from the previous outing.  We attempted to recreate multiple photos taken during that earlier trip.  Frankly, I prefer the shots where he looks older, compared to the ones where I look older. 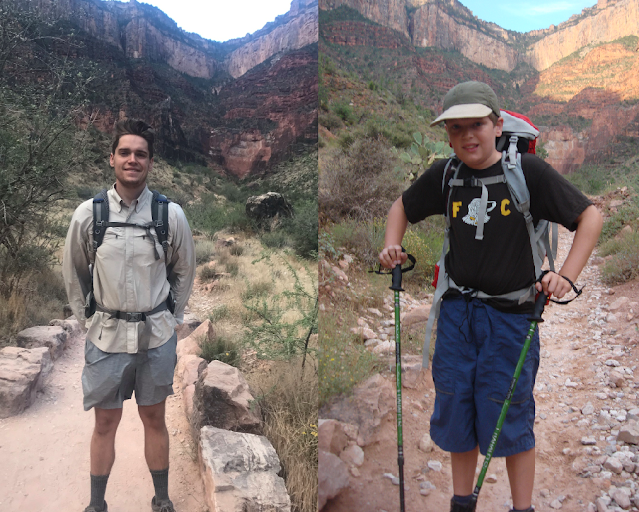 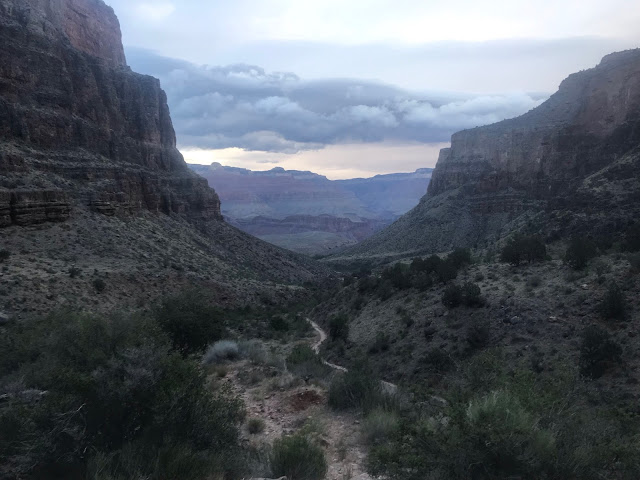 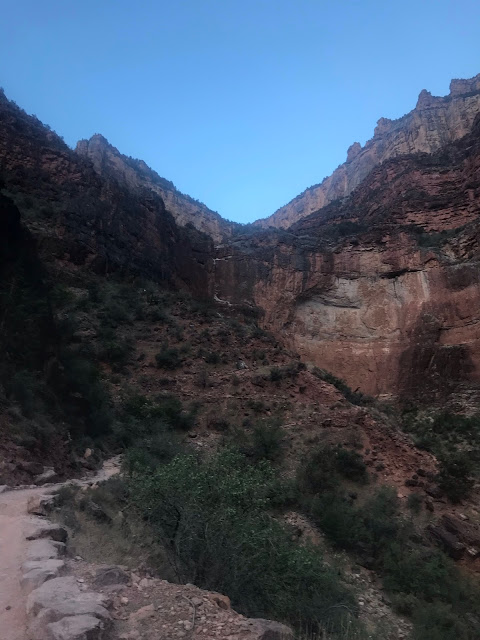 The only real excitement to this trip segment was the appearance of a helicopter, which dropped supplies to a hiker that had reportedly spent the night on the trail after an injury.  Later we came across a large contingent of paramedics running down the trail to meet the hiker with a stretcher that had a single thick tire.  We did not envy those folks bringing that load back up the trail!  The hiker was off trail, and I passed that hiker without noticing the makeshift campsite or injured hiker. 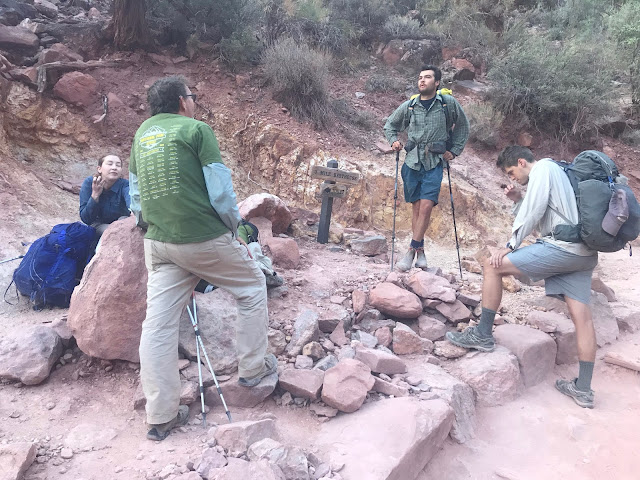 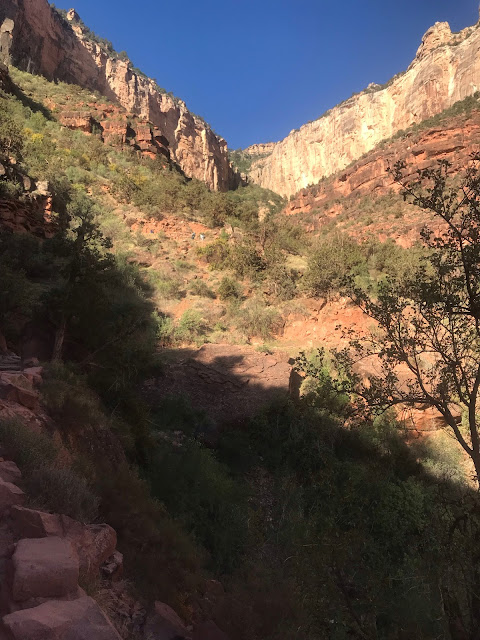 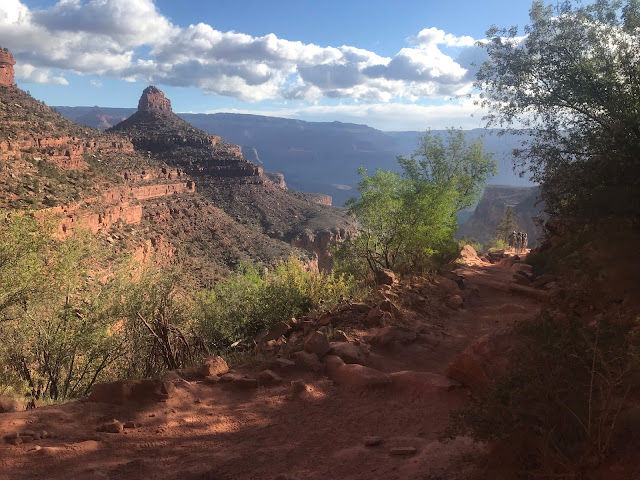 The entire hike segment from Indian Garden Campground to the South Rim was:
4.7 miles
2884 feet gained
2:16 moving time
0:32 stopped time
After 5 days below the rim, it was time to hop in the car, drive to Flagstaff and find a Taco place for lunch and a beer before our two groups went their separate ways.  Will and I headed north through a sandstorm to Kanab, Utah, on our way to Bryce Canyon and Zion National Parks. 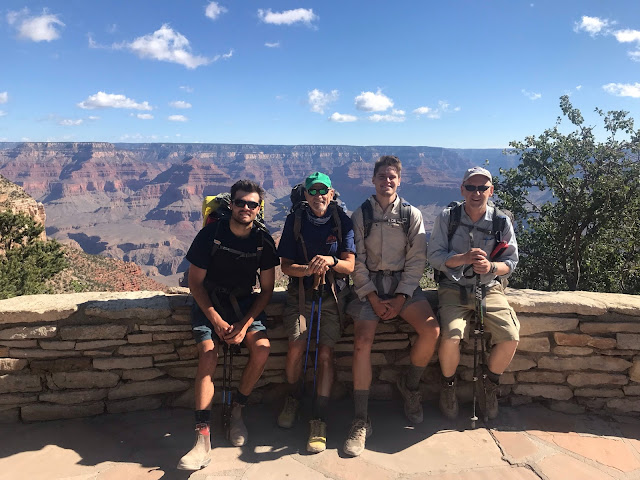 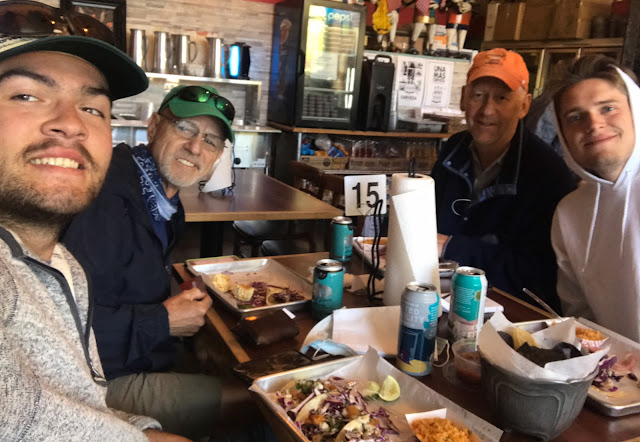