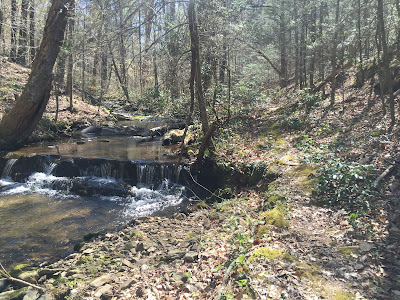 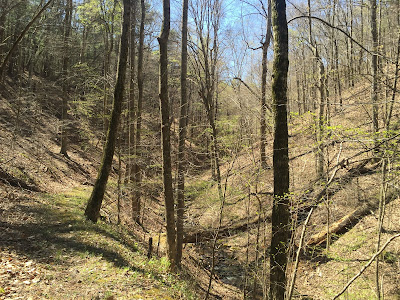 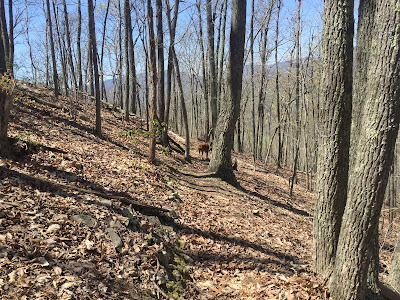 Like what you see?  Check out my other blog postings!  LINK, and scroll down for earlier posts.
Posted by Jeff M at 10:15 AM 3 comments:

I came home yesterday from a 3 day backpacking trip on Virginia's Appalachian Trail with some of the older Boy Scouts in my troop feeling very blessed that we have a core of exceptionally strong 16 year old hikers who generally know what they need to bring on such a trip. This trip provided some great experience, as they were able to thrive in the wildly varying weather conditions the Blue Ridge experienced over three days in early April, including several wind storms and one night where we went to bed in temperatures in the 50s and woke up to temps in the low 20s. 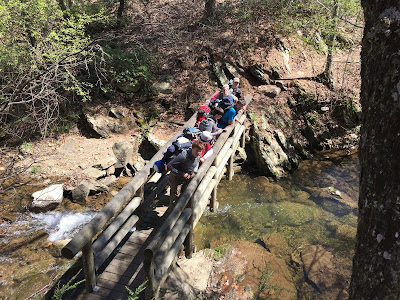 I arrived home to find a scout product catalog in the mailbox, which had me remembering fondly of the hand-me-down square canvas backpack I owned in my youth that contained the Scout trefoil, and my scout pocket knife and my scout compass. I miss those days, when a trip to the downtown department store in my home town could have me dreaming of roughing it in the Illinois wilderness! I loved seeing that they still sell similar looking pocket knives and compasses to those I owned as a scout, plus they have new items that I have recommended to my troop, like the UCO flashlight and Luci Lux inflatable lantern.

So it is with some sadness that I report that BSA National must be pulling a cruel April Fools joke on us all. This is because prominently displayed on page 3, in a full page treatment, is the featured backpack (made by quaint 70’s era manufacturer JanSport) that loads of new scout families will likely purchase for their 11 year old sons.  This backpack has a whopping 70 Liter capacity, and will no doubt crush the legs and the spirit of that poor Tenderfoot on his very first backpacking experience. The offer other packs, but this one gets the highlighted treatment. I would not purchase a 70 liter pack for myself, much less for a boy that has yet to go through puberty! What were they thinking? A boy with a pack that enormous is going to want to fill that monster, and then will never want to go out again.

I am Scoutmaster of a troop that is proud of its outdoor tradition. Because we know that new parents can sometimes make mistakes in outfitting young scouts (I was guilty of same), we tell those parents to avoid places like Dick’s Sporting Goods and Walmart for camping equipment. It really bums me out that I have to add (at a minimum) a caution to the BSA store.

Below is the page I am describing.  Note that the scout has a nice compass.  But it is totally inaccessible! So is the water bottle (a heavy Nalgene is shown). And the scout could store a Weber Grill in that pack. It all makes me ask again - what were they thinking? 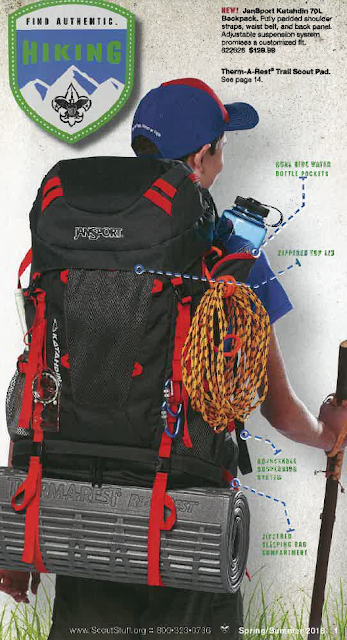