Week 2 of my tour of the Roanoke Appalachian Trail Club's section of the Appalachian Trail started near (guess where?) Roanoke.  I had the pleasure of again hiking with Ed and Mike, both of whom I had met the week before on my first RATC hike, and we added John to this hike.

It is hard to imagine another section of trail that the RATC covers that could be more spectacular than this hike.  In fact, I haven't found any section of trail anywhere in Virginia more scenic than this one. While everyone seems to say that Mt. Rogers is the best hiking in Virginia, I think McAfee's Knob and Tinker's Cliffs are the best.  In fact, Virginia has a rendering of McAfee Knob on its A.T. license plate.

It is said that McAfee Knob is the single most photographed spot  on the A.T., and I can see why. It is really a breathtaking spot. 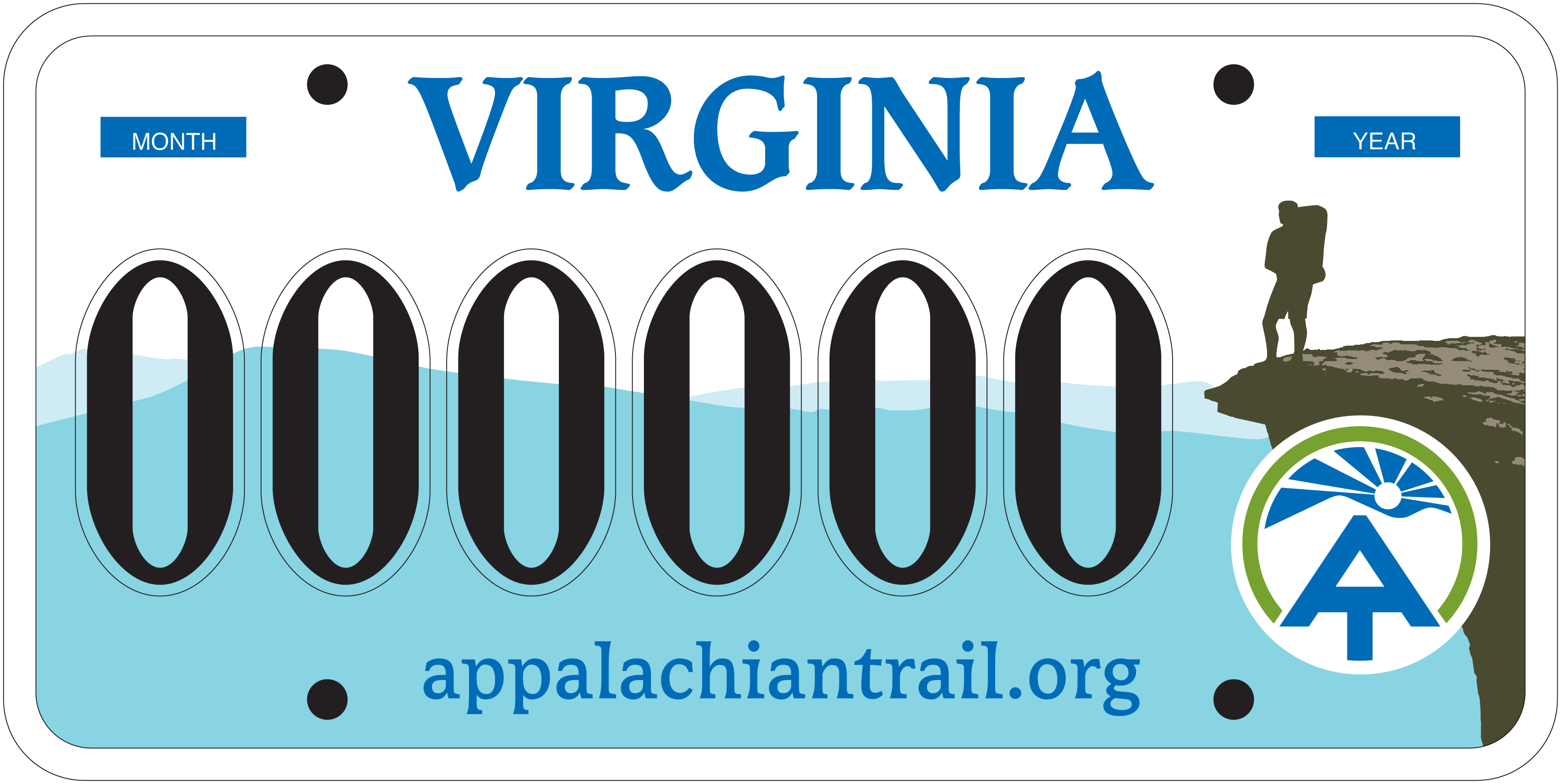 This is also a very popular hike, and, though we didn't see many folks on the day we hiked, the wear on the trail was evident.  A Tuesday in mid-February is a good time to see the sights without encountering many folks.

We left the large parking lot on Route 311 at 9:12 AM, and 27 minutes later passed the first of three A.T. shelters we would see on this short section of trail, the John's Spring Shelter.  Mike told me about the RATC's problem a couple of years back with a young fellow from Lexington who liked this area so much he basically moved in on weekends and kept his tent up when he was back home.  They had to drag his tent and all of his stuff back to the parking lot, including quite a bit of electronics.

An hour into the hike we were at the Catawba Shelter, which also has a nice campsite nearby.  From Catawba it is a 2 mile hike to McAfee, and a 1000 foot elevation gain, which calculates out to about a 9% climb.  And 50 minutes later we were at the edge of McAfee Knob.  You can't just pass by, so we stopped, snacked, and snapped a few photos.  And I can confidently say that at 11 AM on February 12th, 2013, I was photographed for a shot that I will hold on to for the rest of my life.  And I will always state, "photos do not do justice to this view."

We projected to have a long hike, so we only stayed here for 10 minutes.  And my colleagues told me that the view from Tinker Cliffs is actually better!  So I was anxious to see what was next.

We took a short detour through a spot with large rocks called Devil's Kitchen before dropping to the Campbell Shelter at just under 5 miles.  We snacked briefly here, and snacked again at a rocky spot with a nice view to the east at the 7.25 mile mark.  At 8 miles we dipped to meet the Brickley Gap Trail, which bypasses Tinker Cliffs in favor of a straight shot to the Lambert's Meadow Shelter with little of the elevation gain climbing to Tinker.

But we had purchased the ticket for the full ride on this hike, and climbed about 850 feet over the next mile-and-a-half to the Cliffs.  And the view from the cliffs is at least the equal of the view from McAfee Knob.  Better, I think, because you get a longer view down the valley.


From the cliffs it was a little under a mile to the Andy Layne Trail and another 2.9 miles to the car, parked at the trailhead parking lot on Route 779.  The end result was a hike only about 350 feet longer than the hike the week before, which is pretty amazing over such a long hike.  The bigger difference is the additional 750 foot elevation gain in this hike.

Bottom line: This is quite a hike!  Highly recommended.