This posting is part of my effort to document trails in the North River District of the George Washington National Forest that don't have much in the way of online descriptions.  This trail is in the southwestern portion of the District, and was part of the old Deerfield Ranger District.  Descriptions and photos are from hikes occurring in late March, 2020.

The Sam Judd Ramsey Trail ascends both Walker Mountain and Sideling Hill south of Deerfield.  The SJR Trail is a useful trail for connecting with other trails, but it has some aspects that limit its usefulness. The trail leaves the National Forest in its easternmost mile. Although some reports indicate that it continues thanks to an agreement with the landowner, the trail is not marked outside of the National Forest and several roads intersect with the trail, making it impossible to know for sure if you are on an acceptable path. The trail leaves the National Forest right at an elbow curve shown on trail maps, but that section of trail no longer exists. The safest choice is to turn around at the end of the public lands.

Heading west towards Walker Mountain from this trail's one road crossing - Clayton Mill Creek Road, FS 61, (which is the trailhead for both sections of trail and is marked in the map above next to "Tank Traps"), the Sam Judd Ramsey Trail follows an old road that crosses through an area that has recently been logged on both sides of the trail.

The trail crosses three roads, and the third crossing is important - about 100 yards after that crossing, the trail leaves the old road, cuts left, and angles up the mountain. This is not obvious, so if you aren't careful you'll find yourself climbing the mountain on an old road at an insanely steep 33% grade.If you are looking for the trail's eastern end from the top of Walker Mountain, load a waypoint in your GPS first - the trail is not marked by a sign. Instead a faded yellow blaze is on a tree and a ribbon may encircle that same tree. It is not an obvious intersection. 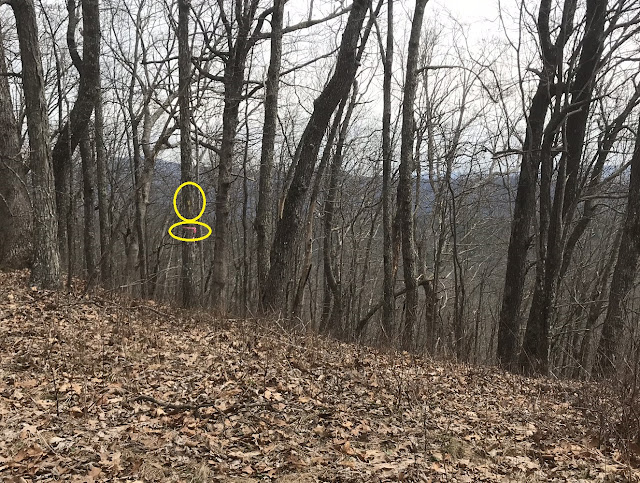 There are no vistas on this trail, though descending from Sidling Hill there are some nice views of Walker Mountain to the west.  Because it summits the old woods road on the ridge of Walker Mountain, it is possible to hike Walker Mountain from the Back Draft Trail, which connects west, ultimately to the Shenandoah Mountain Trail.

You can also connect with the Mill Mountain Trail without walking several miles on the gravel road.  By taking the SJR Trail east to the top of Sideling Hill.  Just before the SJR Trail starts dropping down the eastern slope, cut right on an unmarked trail.  The trail becomes more obvious as you trace the eastern edge of the ridge.  It is clearly maintained to this day, and looks like it was once an official trail, though I cannot find it on any maps. The photos below comes from the trail connecting the SJR Trail to the Mill Mountain Trail. 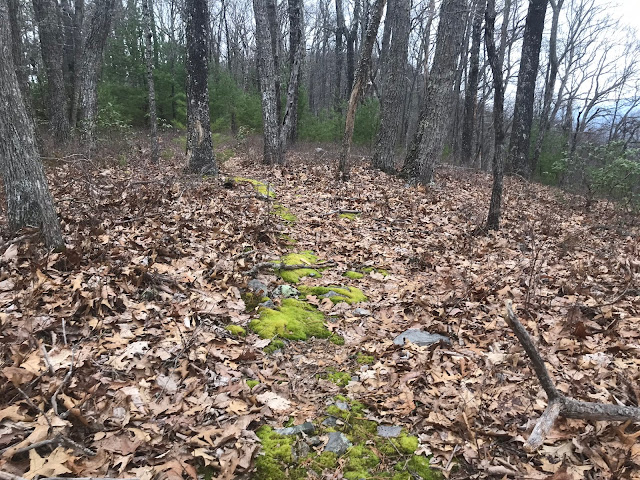 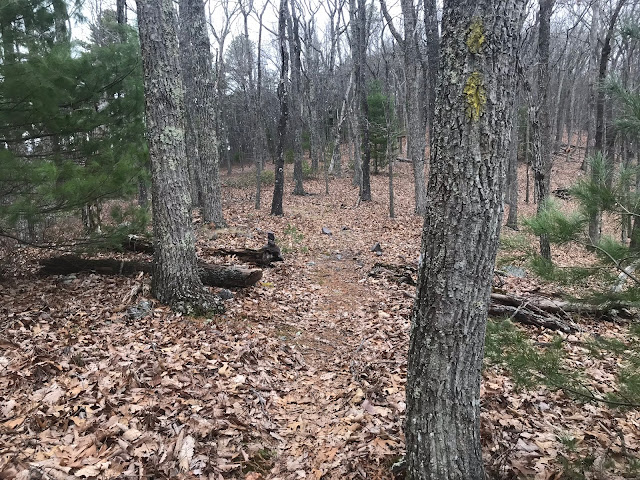 If heading east on the SJR Trail to summit Sideling Hill, you start out on an old road and cross several tank traps.  Keep an eye to the left for the trail leaving the road.  It is shown on the photo below; note the yellow blaze on the tree. 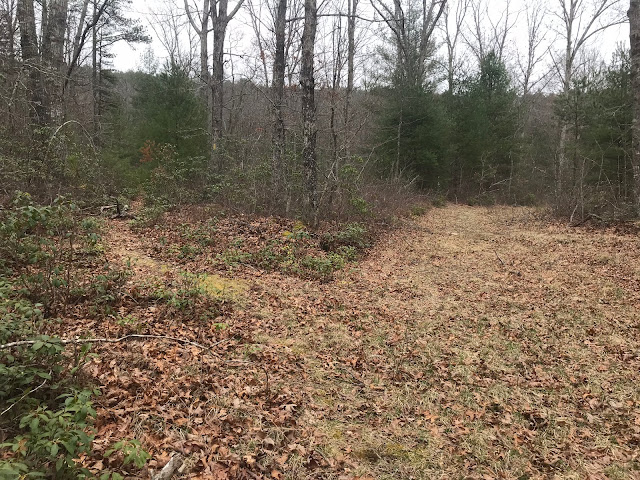 After that, the trail is obvious and even offers some nice views west towards Walker Mountain during the descent. 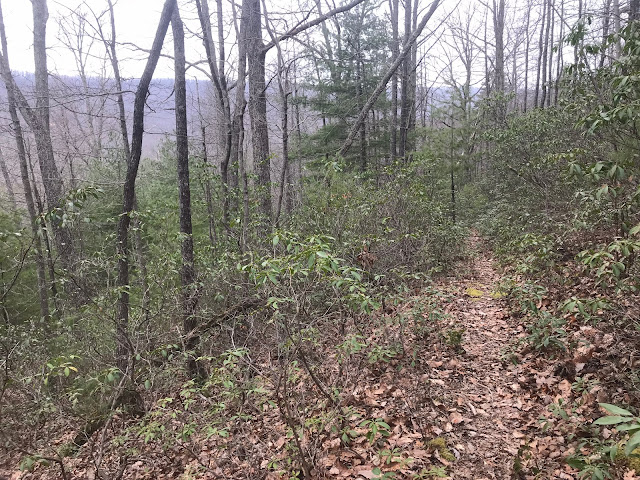