The Mill Mountain Trail is found in Augusta, Rockbridge and Bath Counties - between Deerfield and Goshen, Virginia.  It is an 8.5 mile point-to-point hike that I completed over two hikes.  The south end of this hike I completed first and reported on earlier in this blog (Link).  Interestingly, that is the only part of the hike actually traversing Mill Mountain.  The northern portion is on the higher elevations of Sidling Hill.

The north end is accessed from a forest service road called Clayton Mill Road.  There's a small wood sign on the road here that points down a side road.  I parked on Clayton Mill Road and was glad I did - there was only one turnaround spot, and the road ended at a stream crossing.  I'd rather stay along the main road with my vehicle.

Begin by following the side road until it ends at the stream. 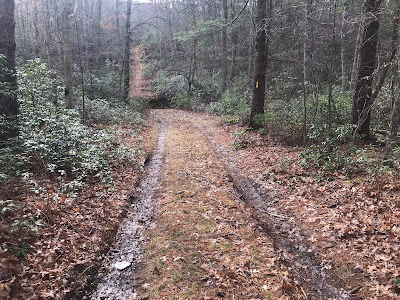 Cross the stream and the trail starts heading uphill using an old road bed.  The road bed ascends to a point where there is a rock cairn at the 0.8 mile mark.  The cairn has a yellow arrow pointing right because another, unmarked trail continues straight.  (This trail rides the ridge of Sidling Hill north to the Sam Judd Ramsey Trail.  And it is in better shape than the Sam Judd Ramsey Trail!) 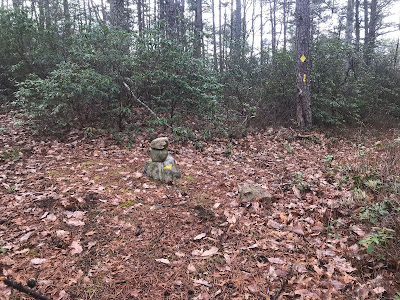 Take a right at the cairn, and begin a gradual downhill before beginning a gradual uphill to the the ridge of Sideling Hill. Along the way were views of Jump Rock through the trees. 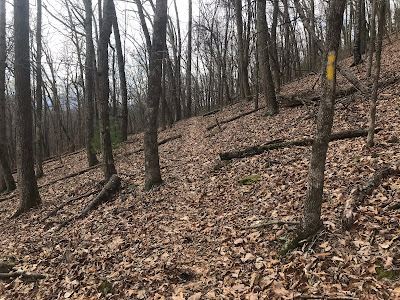 I reached the ridge at the 2.5 mile mark.  At this point, I left the trail to cut north along the ridge on a social trail to the next summit to the north.  I had GPS coordinates from a website saying that the summit was the site of an old fire tower.  But I could not find any evidence of the tower, despite spending several minutes searching around the coordinate.

So I headed back south, rejoined the blazed trail, and started up another slope, disappointed there was no evidence of a fire tower.  But as I climbed again, it occurred to me that there was no access road to the tower location.  It seemed more likely that I had the wrong coordinate when I looked up towards the summit of the slope I was climbing, and saw that the summit was covered with pine trees. 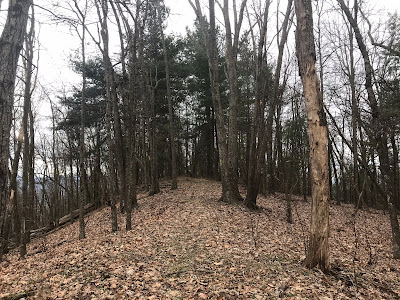 Not sure what it is about pine trees, but I often see them around old fire tower sites.  When I got closer, I came across some kind of well, shown below.  At this point, I knew that I had the wrong coordinate for the tower and that it was actually on the top of this summit.  (And, I had wasted a lot of time at the last summit.) 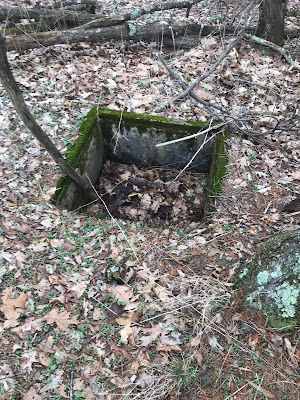 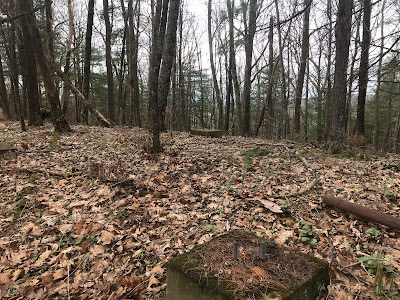 I tried giving the new coordinates and a photo to the website, but couldn't get it to work.

Continuing south, I dropped off the summit and came to a wide, flat area that would make a good campsite. 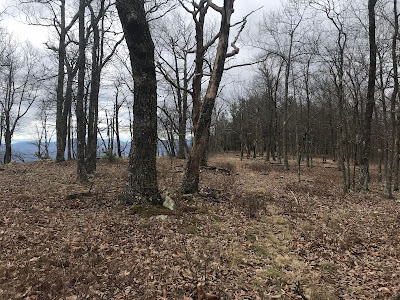 At the south end of that area was the "money spot" on the entire trail - either day's hike - the reason for the effort.  There, I found a rocky overlook with views east to the Calfpasture River, Jump Rock and across to the Blue Ridge, including Bald Knob, Rocky Mountain and Cole Mountain. 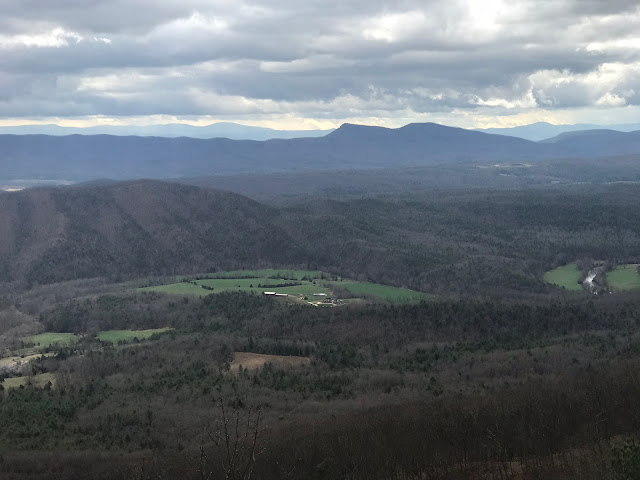 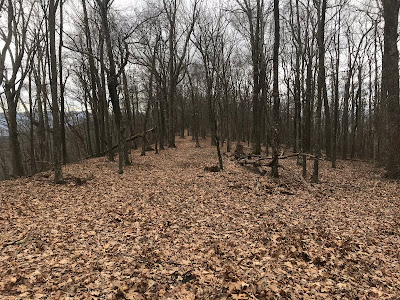 The trail then cut through a rocky area that appeared to be the end of the access road coming from the south.  The trail became that road again, though parts of the road were pretty overgrown, as shown below, where two tire tracks are barely visible in the overgrowth. 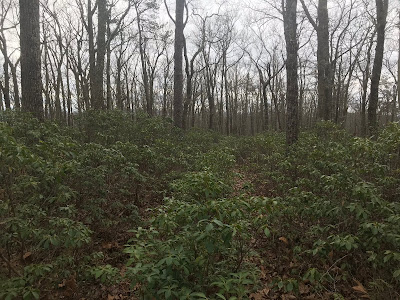 The trail then entered into a forest that had clearly been thinned. Here, there were great views of mountains to the south, including Brushy Mountain, which the AT climbs over south of Roanoke. 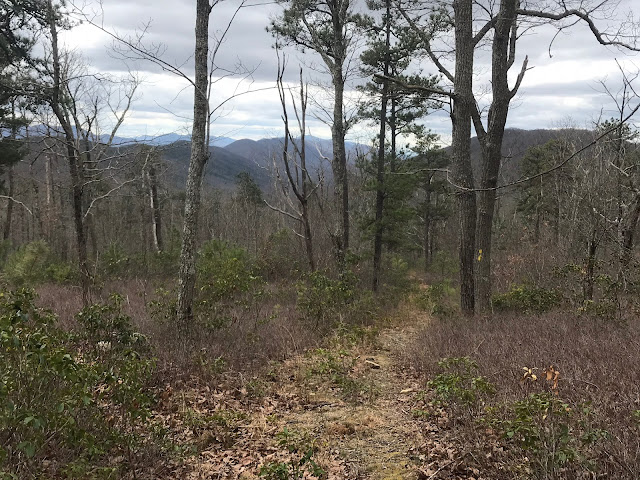 I dropped down to the point I had reached from the south before returning north again and retracing my steps.  I hiked about 5 miles each way.

Highlights from the south: