I have reported earlier on my quest to complete the Appalachian Trail through Virginia.  Because my friend Marit had scheduled a trail race on the New River Trail and offered to shuttle a friend and me back to my car, I planned a short backpacking trip to Southwestern Virginia to cover the Appalachian Trail between Virginia 42 in Ceres and U.S. 52 near Bland.

The trip served several purposes.  I was able to complete 32.7 additional Appalachian Trail miles and now less than 14% of the state's 550+ miles remain unhiked.  I had some new lightweight backpacking equipment that I was able to test out in advance of a talk I am giving next month for my local Boy Scout Council to adult scout leaders, including testing out my Gossamer Gear Gorilla backpack (a subject for a later review, but it performed flawlessly).  It was a chance to check out Burke's Garden - a Virginia bucket list location!  I got to hike some of "the most remote and least traveled" A.T. miles in Virginia.  And I was able to see the early fall colors and spend some time with Pete, a friend and another Scout leader who enjoys lightweight backpacking.

From Charlottesville, the trailhead was a 214 mile drive, which took a little under 4 hours to complete (3 hours, 24 minutes moving time).  Most of that is interstate - first west on I-64, then south on I-81, then north on I-77 before getting off in Bland and taking Virginia Rt 42 to the trailhead in the tiny town of Ceres, Virginia.  (Map.)  (Note that there is a pretty nice looking motel in Bland called the Big Walker Motel, if you want to get on the trail early.)  There is a small parking lot where the A.T. crosses Rt. 42, containing only one other vehicle, owned by a young Wytheville doctor we met who was just checking out the trail and returned to his truck before we left the lot.
The total weight of my backpack with everything except food and water was under 15 pounds - definitely a new record for me.  And I achieved this despite carrying a 4 pound tent, so there is still much room for improvement.  I was glad for the light load, as the A.T. started climbing almost immediately, at a 16% grade (about 850 feet per mile) for the first half mile before dipping slightly and reaching the Knot Maul Shelter at about mile 2.0.  This shelter is considered a "dry" shelter as there is no water immediately available, but there were multiple stream crossings very soon after we passed the shelter.  We crossed Knot Maul Branch, then Lynn Camp Creek before climbing Lynn Camp Mountain and descending to cross a dirt road with a small parking area.

This section of the A.T. was opened in 1981 after extensive land purchases from a coal company.  It is very remote and consequently quite different from the northern Virginia A.T. miles that are most familiar to me.  At the same time, it seemed much like the A.T portion around Dismal Falls that I completed over the 4th of July.
At about 5.75 miles the trail hits its low point for day one - 2285 feet - where the trail crosses Lick Creek.  (The parking lot was higher at 2620 feet.)  We popped over another small hill before crossing the only semi-major road of the day and starting our really big climb of the trip - 2160 feet over five miles, taking us to 4400 feet at the Chestnut Knob Shelter. 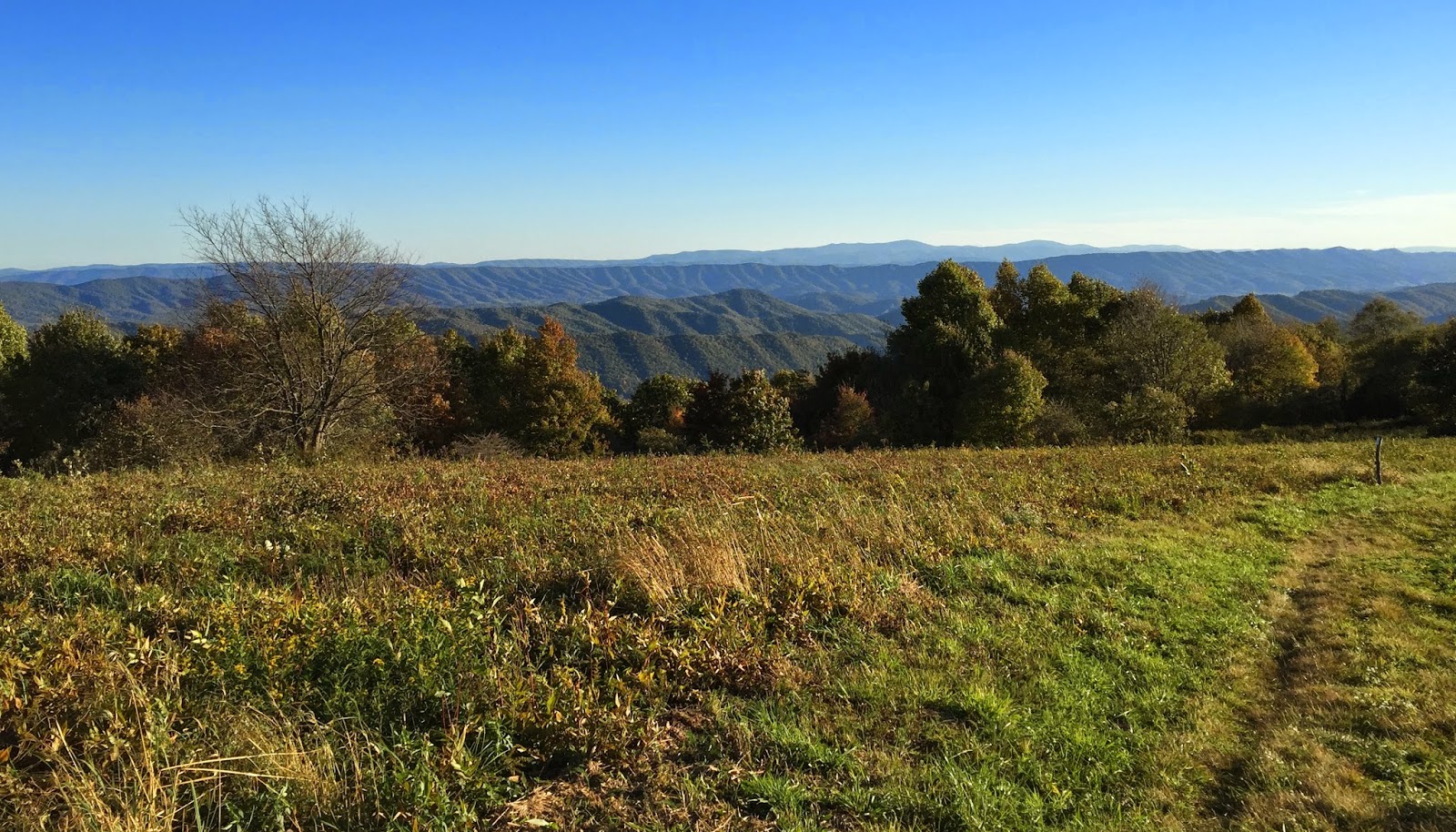 The last mile of that hike is over mowed land maintained by the Piedmont Appalachian Trail Hikers group, a Greensboro, NC based trail maintenance club.  It reminds me of the A.T.'s crossing over Cole Mountain near Amherst, which is also mowed.  Because the focus was on what was ahead of us, it was startling to turn around and see the view shown in the photo above - looking down on nearby ridges to the southeast before the higher mountains of the Mt. Rogers area come into view.

Along the ascent were a couple of small ponds, the first in the open grassland and the second in some woods.  In addition, one of the hikers we met at the Knot Maul Shelter told us about a piped spring running strong about 2/10ths of a mile southeast of our overnight shelter, the Chestnut Knob Shelter. There was a sign in that shelter giving directions to the spring. So there was plenty of water just off of the A.T. to the south of the Chestnut Knob Shelter, though there is very little for several miles to the north.  We filled up with treated water using a Sawyer Mini Filter, a lightweight, truly great water treatment system that incredibly is available on Amazon for under $20.  I learned from my colleague Pete's filtration use that an inexpensive Sawyer gallon water pouch makes filtration go a lot easier than my quart sized pouch.  A purchase for next time...

We heated up some of that water to make dinner - Zatarain's Reduced Sodium Red Beans and Rice that I had cooked at home then dehydrated. We added in some of my wife's homemade spaghetti sauce, also dehydrated. It worked out great and I will definitely add this to my list of future meals on the trail. 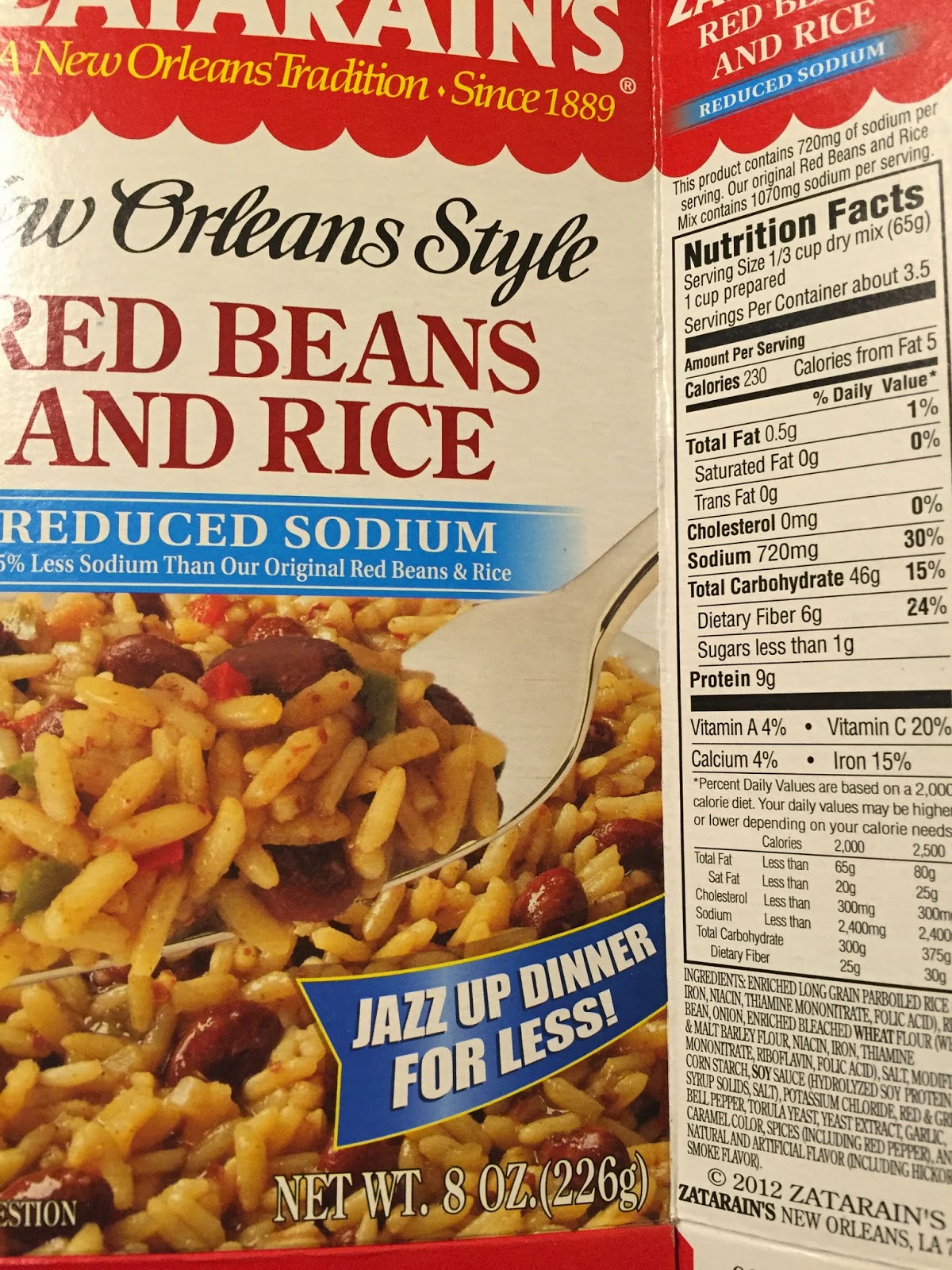 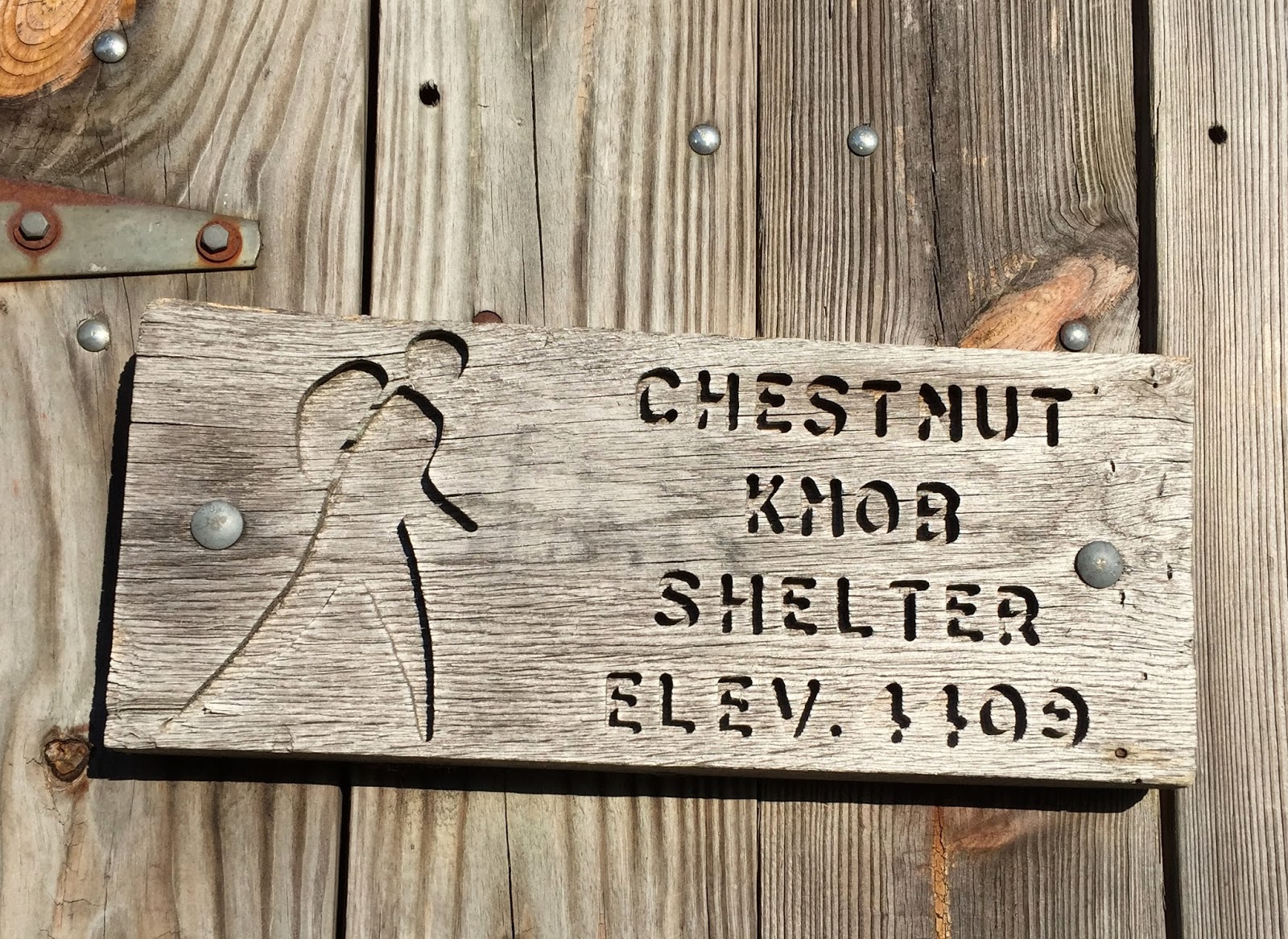 At the end of the day and the top of the mountain is the Chestnut Knob Shelter.  The shelter is a wonderful place to spend the night, and we had it all to ourselves.  The shelter is an old Fire Warden's cabin, with four walls, a door and 8 bunks inside.

We needed those 4 walls that night.  The wind at 4400 feet was very strong and the temps were cold.  There was a sign in the shelter saying that the rear top bunk is under a hole in the roof, and we could see other roof holes before the sun went down.  But with the help of a couple of foam earplugs (I never camp without them), I slept great!

That night the skies were clear but we saw few stars because of a spectacular full moon that illuminated our view for miles.  Day 2 and Day 3 reports forthcoming...