News reports over the past week have told of a wildfire in Shenandoah National Park on Rocks Mountain. Rocks Mountain is on the western edge of the park, just west of the Riprap Trail and northwest of the town of Crimora.

Here is the text of the National Park Service's (NPS) press release:

Fire managers visited the fire location just northeast of Crimora, Virginia today and confirmed that a continuous layer of snow still covers much of the incident area.Once the snow melts, firefighters will patrol the area for hot spots. 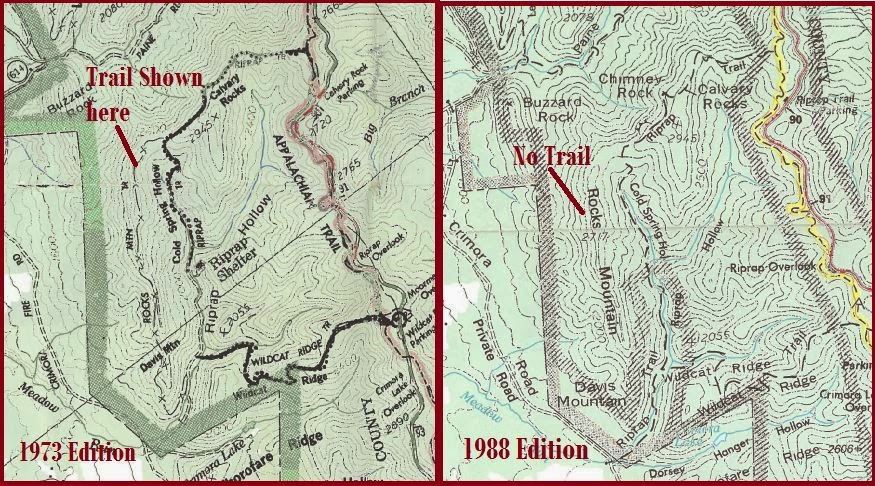 It is curious that the NPS would "close" a trail that has apparently been inactive for somewhere between 25 and 40 years.

Check out my other blog postings here.
Posted by Jeff M at 9:33 AM