The Buck Mountain Trail is a low usage trail located in the North River District of the George Washington National Forest, in Augusta County.  It packs a tough workout and much solitude - when I went, it was my hiking group and the bears - nothing more!  It is a great place to go if you really want to get into the mountains and not run into other folks (though you may come across mountain bikers on the weekends). Despite its low use, however, it is well maintained by a member of the Potomac Appalachian Trail Club.

Because of other commitments, my group didn't make it to the end of this trail.  We didn't even summit Buck Mountain (though we came close).  I will have to go back to check this one off totally. But it was a very enjoyable workout through beautiful and remote country.

The trailhead is at Hearthstone Lake, which is on the Tilman Road, just inside of the GWNF and halfway between the Wild Oak Trailhead and the road to the summit of Reddish Knob. (Map.)

Hearthstone Lake is accessed from a rough road off of the Tilman Road that is marked with a sign.  It isn't a long drive to the parking lot, but the first few hundred yards are really beat up.  Don't be taking your Prius here!  The road climbs up and then drops down before switchbacking into a small parking lot.  The trail starts at this switchback.
So what brought me here?  I scheduled the day off from work a month ahead of time to celebrate a personal milestone with friends. We had originally planned to check off another trail I've never hiked in Shenandoah National Park's North District.  Then the Washington Post's weather forecast included calls for heavy rain "along the eastern slopes of the mountains in northwest Virginia" with a possibility of flash flooding. Heading west vs. north from Charlottesville proved to be a good choice, as we only observed a few sprinkles while hiking, but Big Meadows in Shenandoah National Park measured 5.69 inches of precipitation over 24 hours on the day we hiked.

We chose the trail after the October, 2016 issue of the Potomac Appalachian Trail Club's newsletter highlighted the trail in its "Volunteer of the Month" feature, as that volunteer maintains this trail. Link.  The fact that this trail is well maintained made it a very appealing choice for a late September hike - less overgrowth! Interesting facts about the trail from this article included:
Challenge accepted!

Actually, I have hiked part of this trail before.  It was about 20 years ago, before any of us had GPS receivers to record our movements.  I turned around at a point where a sign marked a side trail that went up the mountain.  The Trails Illustrated map, however, shows just one trail.  Did I remember this right?  Maybe I would find out.  Or maybe my memory deceived me.


The Buck Mountain Trail climbs slowly over its first 2.8 miles.  It averages a consistent and barely noticeable 2.6% grade over this length, as it gradually makes its way through the valley made by the Little River.  There are beautiful rock formations along the way, and much evidence of bears, including very fresh scat.


Some of the river bed crossings were dry. After our third crossing, marked by stone cairns, we came to the sign I remembered. It is on the opposite side of the Little River from what I remembered. It inaccurately states that Buck Mountain is 1 trail mile away, and the North Fork, Little River trail section lasts 4 miles. We followed the Buck Mountain segment, and it was further than just one mile.

Next to the trail intersection was a small campsite with a fire ring. 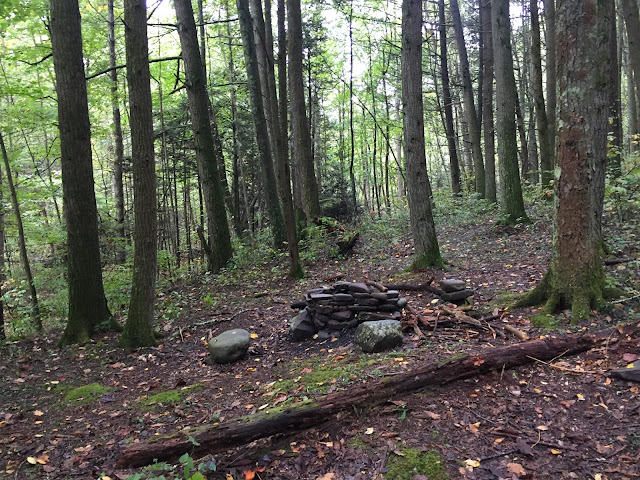 Immediately after the trail fork, the Buck Mountain Trail starts climbing, and it means business.  It climbs the mountain at a 23% grade for about the first half mile, and then moderates only slightly. For 1.5 miles, it averages a 17% grade - a grunt.  Multiple water bars have been installed, and are critical to preventing erosion on the trail. 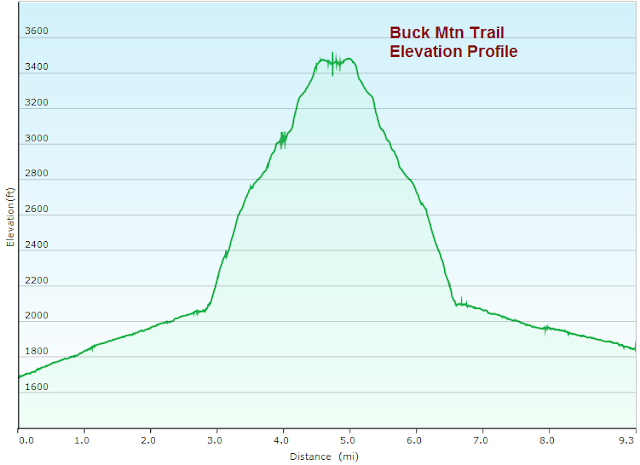 I want to go back and explore the Little River Trail, which I am told is no longer recognized by the Forest Service (which explains why it is not on the Trails Illustrated map).  (It is certainly in rougher shape than the main trail.) My 25 year old Forest Service map for the entire GWNF shows the Little River Trail climbing all the way up to Reddish Knob, though a friend who knows these woods better than just about anybody tells me that several have looked for that trail's ascent and not found it.

The USFS map seems to indicate that the old trail climbed with the river, which would make sense. Comparing old topographic maps with the latest version, however, I believe the ascent may have left the river and started before the current end of the Little River Trail, making it much harder to locate. Maps below reflect my theory about the location of the climb. A search is better done after the leaves have dropped and is best when there is a thin dusting of snow on the ground, as old trails light up then.  Maybe I will return some Sunday in December (no hunting on public lands in Virginia on Sundays) or sometime after the new year.  No doubt it will be a tough search! 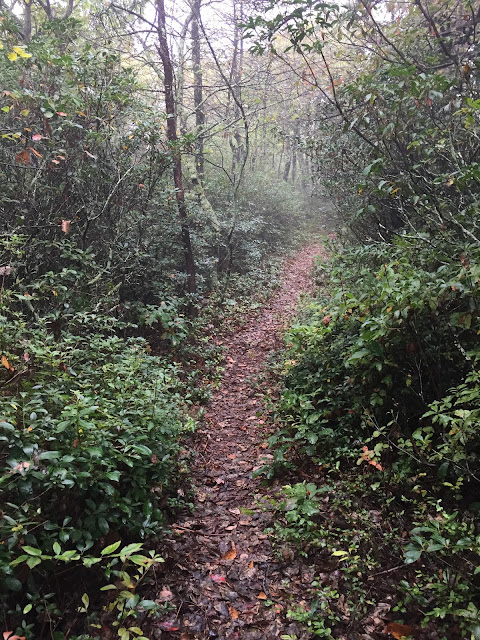 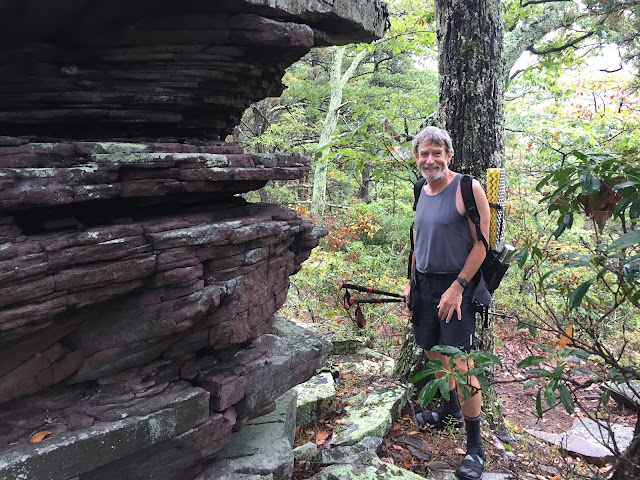 Be sure to check out other hikes on www.wanderingvirginia.com.  Thanks!
Posted by Jeff M at 3:20 PM